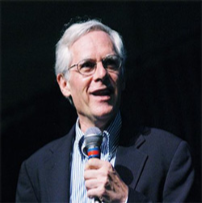 The Spirituality of Laughter:  is there Holy Humor?  with Rabbi Bob Alper

Bob Alper is the world's only practicing clergyman doing stand-up comedy intentionally. He performs internationally, from The Hollywood IMPROV to London theatres, has appeared on Comedy Central, The Early Show, The Today Show, Good Morning America, Showtime, the BBC, CNN, and Extra, and is the author of several books.