Part 1 of a Double Feature​ 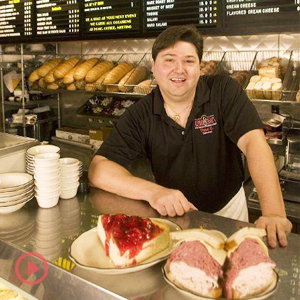 This is a sprightly, whimsical look at the fate of the Jewish deli as it mirrors the story of American Jews – their immigration, migration, upward mobility, and western assimilation. The principal guide of Deli Man is the effusive and charming Ziggy Gruber, a 3rd generation Houston-based restaurateur. About as much fun as you will have in a movie this year, but eat first or you’ll go out of your mind. 91 minutes www.delimanmovie.com

Part 2 of a Double Feature 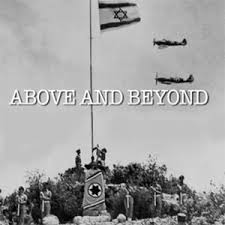 In 1948 a group of Jewish American pilots, in secret and at great personal risk, smuggled planes out of the U.S., trained behind the Iron Curtain in Czechoslovakia, flew for Israel in its War of Independence and helped create the Israeli Air Force. ABOVE AND BEYOND shares the “life altering” experiences of the young pilots. Their stories, together with stunning aerial footage, reveal how vital their contributions were to Israel’s survival. Produced by Nancy Spielberg (who has a famous brother) and Directed by Roberta Grossman (Hava Nagila the Movie). 87 minutes  www.aboveandbeyondthemovie.com